This week, we bring you the stories of two well-known and highly-respected companies that have recently encountered bad press and loss of consumer trust due to issues with their products. Why is this worthy of an AWS blog post? Because faulty soldering and difficulties with spot welding are at the heart of their respective troubles. What makes these situations surprising is that the companies in question are Google and Tesla. Read on to learn more!

If you were one of the many early-adopters of the first-generation Google Pixel or Pixel XL smartphone in October 2016, you might have noticed that it had some issues. Specifically, the microphone on many of them was defective. Because of this, making a phone call or using a voice command proved to be impossible. Many consumers reached out to Google and brought their concerns to websites like Reddit in order to see if others were having similar issues. As it turns out, the problem was pervasive. Now, Google is the defendant in a class-action lawsuit which alleges that “the defect compromises the phone’s core functionality.” The lawsuit goes on to state that Google ignored the issue until January 2017, when they ultimately acknowledged the faulty hardware and “instructed consumers to seek replacement phones from Google or the merchant from whom they purchased their Pixel.” Unfortunately, this isn’t where this story ends.

On a support forum, a Google employee cited that a “hairline crack in the solder connection on the audio codec” is to blame for most of the trouble. The employee went on to say that, “The other related problems are due to a faulty microphone.” Google assured customers that it had “taken steps to reinforce the failing connection in the factory to minimize the chance of this happening to new phones.” However, when Google sent out replacement phones to the customers who purchased the affected equipment, the consumers quickly found out that the replacement phones were riddled with the same issues.

Did Google Know Ahead of Time?

It should also be noted that Google refused to offer refunds or replacements until several months after the issue was first brought to light. The lawsuit alleges that, “On October 21, 2016—the day after the phones were released—Google announced on its website that it would investigate the problem. Google has therefore known of the microphone defect since at least the day after the Pixel phones became available to the public.” If this is found to be true, it’s certainly not a good look for Google, one of the most well-respected names in tech that boasted a 2017 revenue of $110.8 billion USD. 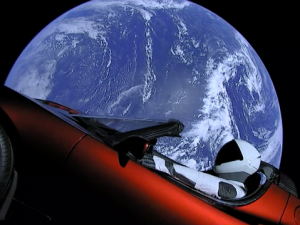 Google’s not alone in their troubles. While the successful launch of a car into space has given Tesla a lot of positive press in the last week, the company was in the news for an entirely different reason just a few months ago: a hold up in the Tesla Model 3 production. According to the Wall Street Journal, Tesla was manufacturing major portions of the Model 3 by hand, rather than in an automated production line. This led to what Tesla called a “production bottleneck.” Again, this doesn’t bode well for a company with a recognizable name and good reputation in the industry. Hundreds of thousands of people signed up to buy a Model 3 and were very frustrated by having to put down a large amount of money for a car that was delayed by many months. The numbers are shocking: Tesla constructed 260 Model 3s in their third quarter, but their targeted output was 1,500 cars. Tesla CEO, Elon Musk, sent out an ominous tweet which said, “We are deep in production hell.” At some point this year, Tesla plans to build 10,000 vehicles a week. Whether that is possible remains to be seen.

The exact details on Tesla’s production bottleneck are murky. It appears that the spot welds required for the steel frame of the Model 3 created some unique issues that didn’t come up during the production of the Tesla S and Tesla X, whose frames are primarily aluminum.

Whether this was due to poor planning, equipment issues, or a lack of skilled welders is unclear. There is also uncertainty as to how these two companies will ensure no additional problems stemming from the joining processes used in the production of their respective products. What can be said with near certainty is the fact that manufacturing issues can present a serious headache for small fab shops and global technology behemoths alike. For standard bearers like Google and Tesla, it’s safe to assume that these snafus are isolated incidents. Even so, both companies have set some lofty goals for 2018. It’ll be interesting to see how they bounce back from their recent production woes.